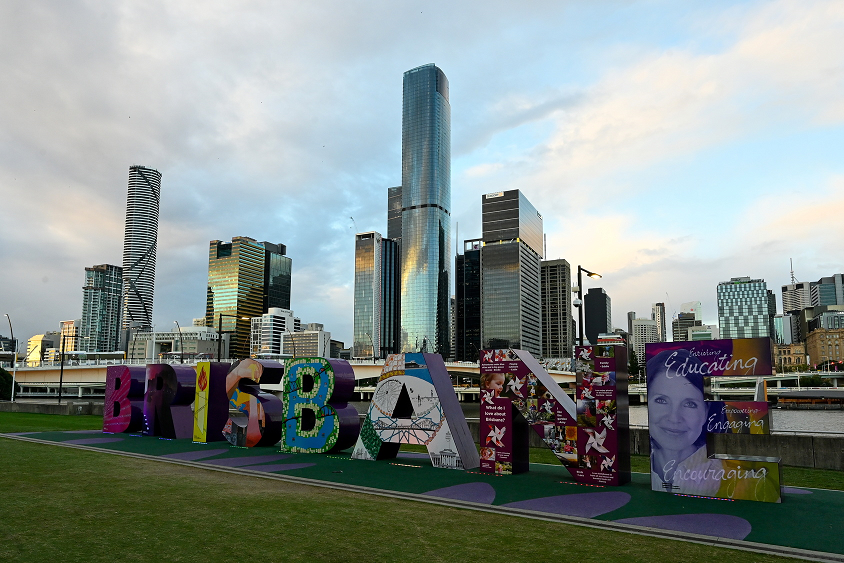 Even before the opening ceremony of the Tokyo Olympic Games, Australia has won big. The International Olympic Committee voted 75-5 for Brisbane as the only candidate to host the 2032 Summer Olympic and Paralympic Games. This is the 3rd time Australia has had the honour.

The herculean effort of federal, state and local governments to secure a viable bid is widely seen as a local and national economic win.  This is especially important in the current uncertain times of COVID.  While the cultural prestige of the games is self-evident, the Olympics have come under fire in recent years for burdening their host cities with debt and failing to deliver significant long-term employment or tourism.

The team at Nexus has researched the economic impact of past Olympic games, analysed the projections for 2032 and asked the question:

Are Olympics Games a vanity project, or are they worth their weight in gold?

Australia has a long and proud sporting history. Australian athletes and the Australian Institute of Sport play at an elite level, from Sir Don Bradman to Ashleigh Barty.  An Aussie weekend is nothing without some form of a game of cricket, football, rugby, netball or tennis – at all skill levels. Almost every sport, from rowing to riding, is beloved by the land down under.

It is no wonder, therefore, that Australia is at home hosting major sporting events:

THE COST OF THE OLYMPICS

The cost of an Olympic game is divided between the international Organising Committee for the Olympic Games (OCOG) and the host city and nation. The exact costings and distributions are negotiated on a case-by-case basis.

For example, at the current Tokyo Olympics, the total cost comes to $15.4 billion (USD), with OCOG contributing $6.7 billion. Japan and Tokyo split the remaining $8.6 billion.

Permanent and temporary infrastructure constitutes the lion share of Olympic costs that nations must bear. Over half of Japan’s contribution of – $6.1 billion – went to building and construction.

In practice, the actual costs of the Olympics are often several times the International Olympic Committee (IOC) budget, which doesn’t include non-sporting infrastructures, such as roads and new train routes.

A recent study from Oxford University suggests that the actual cost of the game routinely exceeds budget by 213% in real terms. Even the official IOC budget for the Tokyo games saw a 22% rise, mainly due to its COVID-19 postponement.

While detailed budgets are yet to be released, recent estimates place the cost of the 2032 games at $5 billion. This will include developing a new Olympic village, the re-development of the Brisbane Cricket Ground and four new facilities. It has been proposed to replace Brisbane Entertainment Centre with a new Olympic pool for high-profile swimming events. However, thirty-one existing facilities are being used to control costs.

Debt is the most prominent criticism domestic pundits use against holding an Olympics. While the International Olympic Committee recovers its costs through broadcasting rights, the infrastructure cost and maintenance can burden lower-income nations.

The most significant losses in the recent history of the games include the $2.0 billion debt incurred by Brazil to host the 2016 games and the financial loss to Greece in the 2004 games. The last games are actually believed to have contributed to the Greek government-debt crisis. Just as the cost of the games hides infrastructure costs, the profit or loss does not include ongoing maintenance or economic benefit, such as tourism.

WHAT THE OLYMPICS WILL BRING

While national prestige and Olympic glory are intangible (yet significant), so are the concrete economic gains for host cities. Although various commentators and economists note that the financial gain of host cities is often overstated, it is difficult to quantify its absolute value to a national economy.

The net impact of hosting an Olympics depends on what is measured, how long it is considered and what constitutes a loss or benefit. KPMG was commissioned to produce a summary report for the Queensland Department of Tourism, Innovation and Sport. This report forecasts:

“Quantifiable economic and social benefits are estimated to be up to $8.10 billion for Queensland and $17.61 billion for Australia”.

Tourism is boosted before, during and after an Olympic game. The Paralympics and Summer Olympics in 2032 are predicted to attract 3.6 million international visitors.

For a regional capital such as Brisbane, the games provide a one-time opportunity for positive, global coverage. Unlike some previous host cities, Brisbane has the extensive tourism infrastructure to capitalise on its coverage, with the Gold Coast and Southeast Queensland a widespread domestic and international travel destination. With natural wonders such as the Great Barrier Reef, the Olympics could effectively elevate Queensland and Australian tourism.

Employment – both temporary and permanent – is an important and attractive feature of the Olympic hosting. Not only are lucrative construction jobs created, but the ongoing maintenance of new facilities in conjunction with increased demand for hospitality, accommodation and tourism services ensure that employment gains are sustainable. KPMG projects the 2032 games to support 123,000 jobs nationally.

It remains to be seen if the Brisbane games will deliver their promised economic gains. Regardless, the Olympics will give Australians an exciting event on the global stage to look forward to as we move into a post-pandemic future.