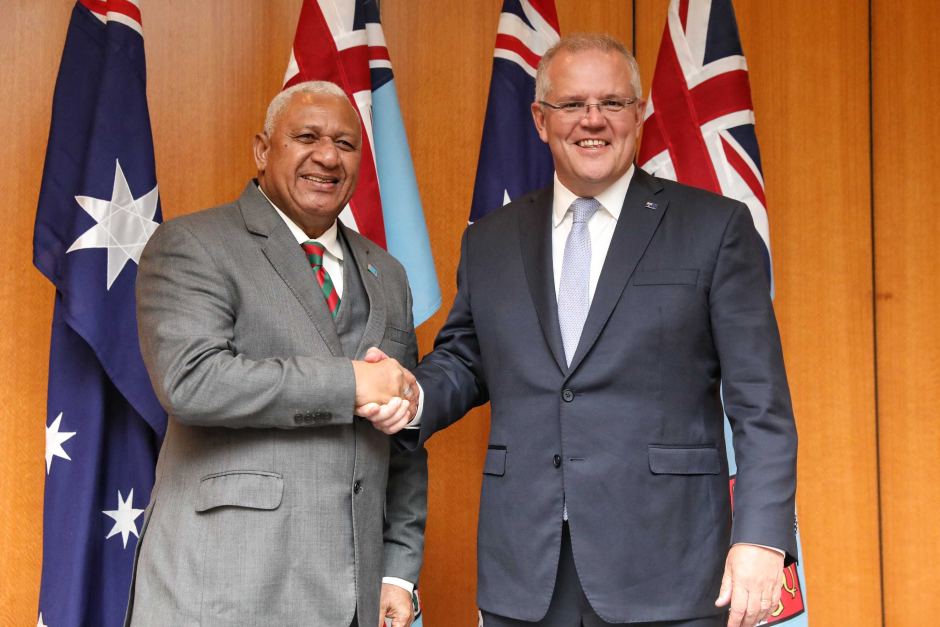 As Australia continues to strengthen and affirm its relationships with other aligned countries in light of the rise of China geographically, our interest and support of our near neighbours in the Indo-Pacific are increasingly important.  A critical springboard into that complex, fractured and multilateral region is Fiji.

As a fellow post-colonial island nation, Fiji and her people have been stalwart friends of Australia in war and peace. Its history, development and outlook will help shape the future of our corner of the globe.

The team at Nexus have delved into the long and rich history of Australia–Fiji relations, providing a snapshot into its past, present and future.

THE REPUBLIC OF FIJI

The Republic of Fiji has been inhabited continuously for at least the last 3,000 years. Waves of wars, migrations and water have shaped the nation both physically and culturally.

The islands were colonised by waves of British settlers from the 19th Century onwards, often resulting in brutal exploitation, coercive labour arrangements and forced conversions to Christianity.

In the wake of destabilised governance and requests from European settlers, Fiji came under formal British dominion.  It remained a colony until the 10th of October 1970, when the United Kingdom recognised the independence of the Republic of Fiji.

Home to over 900,000 people, the nations’ nominal GPD was estimated to be $5.223 billion in 2018. The economy is dominated by agriculture and tourism, with sugar processing making up a third of industrial activity.

As a staging ground for the allies’ counter-offensive during World War II, Fiji soldiers served with distinction in the Fiji Infantry Regiment alongside the Australian Army. This common bond of sacrifice and service remains an essential element of the country’s joint relationship.

Fiji today remains developed yet sometimes volatile. The island’s recent history includes the 2000 and 2006 coups, both of which have strained relations with Australia and threatened to alienate Fiji from the international community.

This Fijian coup has impacted its relationship with Australia, culminating with the expulsion of the Australian high commissioner James Batley in 2009. In the same year, Fiji was suspended from the Commonwealth of Nations and the Pacific Island Forum due to the nation not holding a democratic general election.

Formal agreements compose the framework of Australia–Fiji relations. The two nations enjoy a series of economic and political engagements, including:

Both nations attend the Pacific Island Forum, a formal meeting of the region’s leaders to discuss how cooperation can lead to joint prosperity and agree on unified political action. The 2021 51st Pacific Islands Forum Leaders Meeting is scheduled for early August.

Australia and Fiji continue to cooperate on defence, with Australia providing Guardian-class Patrol Boats to enhance the archipelago’s naval forces. This is in addition to significant upgrades to the Stanley Brown Wharf in Suva. From 2020, the Defence Ministers of both nations engage in .

With the Morrison government investing $2 billion in the Pacific Maritime Security Program, Australia will continue to partner with the Republic of Fiji Military Forces.

The Fiji-Australia Institutional Partnerships Program (IPP) seeks to support Fiji’s continued stability and prosperity. To this end, Australia has committed up to $22 million between 2020 and 2025.

The Partnership is broad-ranging and signals the intention of both countries to develop closer relations. It is designed to provide a framework for further security, economic and people-to-people agreements. It also re-commits Australia and Fiji to strengthening their bilateral  cooperation.

Australia engages in various nation-building projects with the Fiji government. These include:

As a middle-income nation, Fiji is one of Australia’s largest pacific trading partners.

Australia is a significant source of foreign investment for Fiji, valued at approximately $1.34 billion in 2018. Meanwhile, Fiji’s investment in Australia was valued at $346.0 million as of 2018.

The two-way goods and services trade has been increasing, totaling $2.47 billion as of 2019.

Australia also provides a significant proportion of Fiji’s tourism, with over 300,000 Australians visiting the island under normal circumstances.

The short-term ambition of Fiji involves its economic development, namely a transition from a developing to an advanced economy. While COVID-19 has seen a contraction in the Fijian economy, returning tourism in the coming years combined with improved political governance could facilitate renewed investment and growth.

With a young population and a high fertility rate, Fiji has the potential and means to become a modern, democratic and developed nation. Its success will depend on domestic leadership, foreign assistance and the fortunes of the global economy.

HOW CLIMATE CHANGES THE PACIFIC

With rising sea levels threatening low-lying islands, it remains to be seen how Fiji will adapt to climate change.

As a major contributor to greenhouse gas emissions, Australia must continue to assure its northern neighbours of earnest and effective emission reductions to safeguard Australian interests in the region.

While Australia wields considerable political influence over Fiji, China may seek to garner favour with the island nation as part of its broader ambitions in the region. The Belt and Road Initiative ­– China’s global infrastructure development plan – has already expanded Chinese involvement in pacific and oceanic islands, including Indonesia.

While Australia cannot outspend China, policymakers in the future will have to find asymmetric advantages – assistance, partnerships, and cultural influence that Australia is uniquely positioned to offer. Without a comprehensive plan, Australia’s position as a regional power may be threatened in the near future.

…IN CASE YOU MISSED IT

Its objective is to prepare Australian and allied forces to work together and develop interoperability between countries and services. This year’s exercise is the ninth iteration thus far.

As in previous years, a Chinese reconnaissance and intelligence ship has begun to monitor the operations. The same type of ship was also tracked near Australia during the 2019 exercise.

The vessel has come under rhetorical fire from several political pundits, with the Hon Barnaby Joyce MP telling 2GB his concerns about “[China wanting to learn] how well your platforms work together in comparison to their platforms and their military”. Many politicians have used the ship to discuss freedom of navigation through the contested South China Sea, with Prime Minister the Hon Scott Morrison MP noting, “Of course we’re watching them… and they’re watching us. The law of the sea says we can be up in the South China Sea.”

The ship is predicted to remain within the Coral Sea for the fortnight duration of Talisman Sabre. 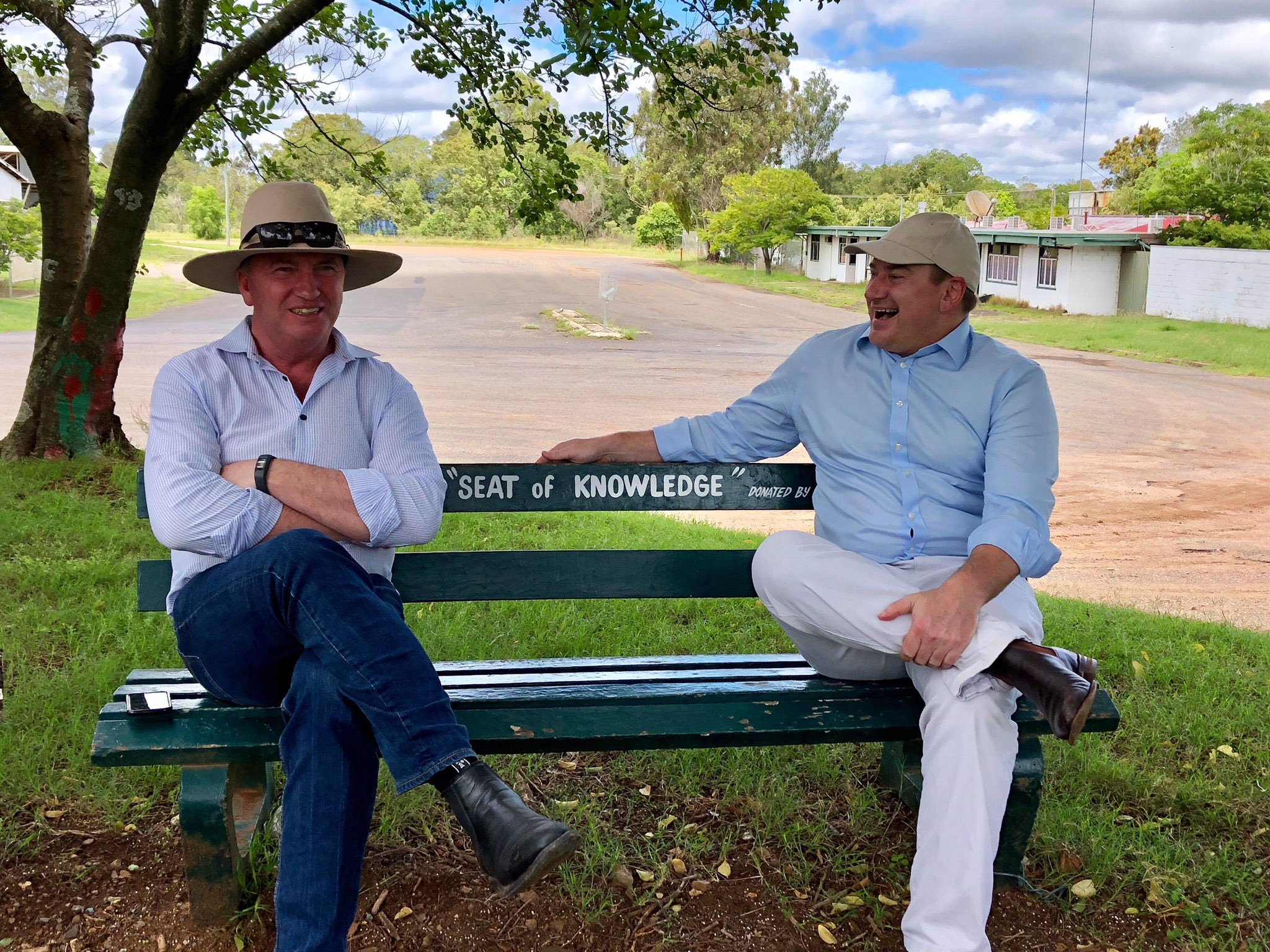 WEATHERBOARD AND IRON IS BACK: NATIONALS TO WATCH IN THE NEW MORRISON-JOYCE MINISTRY

WEATHERBOARD AND IRON IS BACK: NATIONALS TO WATCH IN THE NEW MORRISON-JOYCE MINISTRY