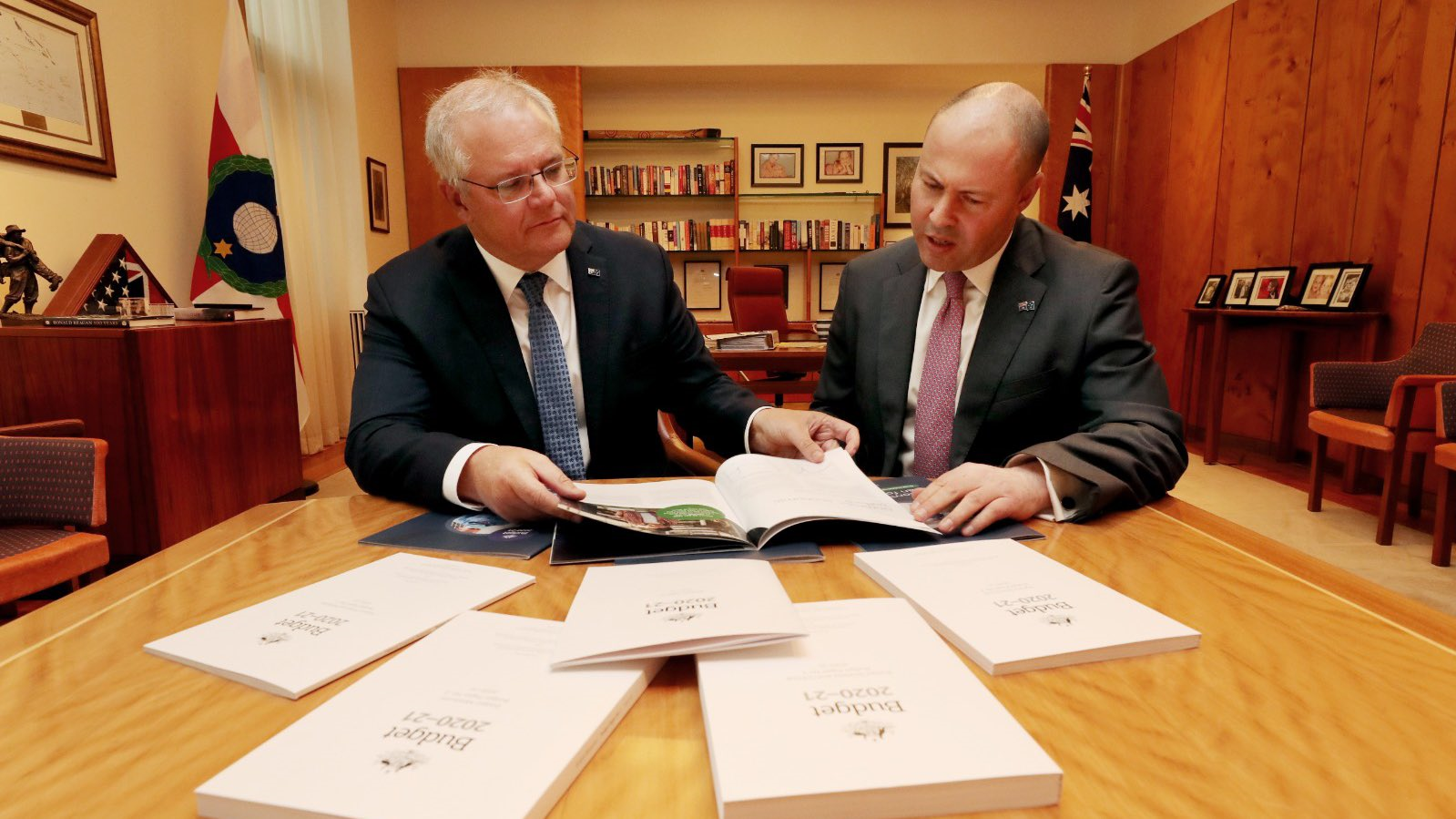 By Nexus APACSeptember 3, 2021 No Comments

With the Hon Scott Morrison MP and Hon Josh Frydenberg MP finishing their sitting week sleepover in the Lodge, media attention has focused on the depth of the relationship the two share – a far cry from past partnerships between sitting PMs and Treasurers.

The team at Nexus have analysed the working relationship both men share, their respective positions in state and organisational politics and how political destiny may shape the horizon of Morrison’s leading  minister.

Strong Prime Minister and Treasurer relations of the past

At the dawn of Federation, the Attorney General was considered the higher position in the government pecking order, reflecting the initial, modest budget of the Commonwealth government. The Treasurer’s star began to rise after World War 2, buoyant on the importance of the federal budget and banking powers.

Sir George Turner was Australia’s first Treasurer, being handpicked by Sir Edmund Barton. He served in the role for three years when the Protectionist party lost power. Before his election to the federal parliament, Sir Turner was the 18th Premier of Victoria.

Treasurers serve at the discretion of their PM, leading to terms that span from decades to days. The Hon Peter Costello AC set the record with his 11-year term with Prime Minister John Howard. Sir Arthur Fadden is closely followed, serving from 1949 to 1958 under Prime Minister Sir Robert Menzies leadership.

The Menzies government saw five Treasurers come and go, starting with Sir Menzies himself for 323 days and ending with the Hon Harold Halt.

Both the Hon Gough Whitlam and the Hon Bob Hawke served as PM and Treasurer simultaneously – the former for 13 days and the latter only 1, setting the record for the shortest terms.

Every captain needs a crew, and in statecraft, the Treasurer can be seen as the first mate. This is particularly the case during Coalition governments when the Liberal Treasurer is often second in seniority to the PM in the party room.

The Progression from Treasurer to PM

Many Prime Ministers, including the Hon Scott Morrison MP, used the position of Treasurer as a springboard into The Lodge. Other alumni include the Hon Bob Hawke, Hon Paul Keating and the Hon John Howard.

Sitting Prime Ministers are well aware that an ambitious Treasurer may seek to succeed them. This political calculus soured relations during the Hawke-Keating and Howard-Costello Governments

While our current Treasurer does little to hide his ambitions to lead and be a successor, the Hon Josh Frydenberg MP has been a steadfast ally of the Prime Minister, playing an integral part in his election to Leader. This mutual respect and support has enabled the PM to place an unprecedented level of trust and responsibility in his Treasurer without fear of political repercussion.

A united Government is a popular Government; it is evident that the positive dynamics between the sitting Prime Minister and Treasurer contributes favourably to this period of government stability.

The economic philosophy of the Coalition favours a free market with minimal government intervention.

As centre-right politicians, both The Prime Minister and the Treasurer ran in the 2019 election as facilitators of prosperity, not claiming to be its cause. This was reflected in their campaigning material and messaging, emphasising ‘a fair go’ and ambition as conduits to individual and societal advancement.

Despite their shared liberal economic pedigrees, the first Morrison Government will go down in history as creating the largest and most ambitious set of social welfare and support policies in Australian history.

It is also a stunning reversal after years of campaigning against debt and deficit.

It reveals the pragmatic Josh Frydenberg, who holds together the Victorian federal faction, which assisted the Prime Minister to victory against all odds in 2019.

Now, with the latest Newspoll showing a continued decline in support for the Coalition, the Morrison Government has again changed gears. It is widely speculated that the Hon Josh Frydenberg is a strong supporter of the Doherty Institute report and has worked to strengthen the Prime Minister’s resolve to stake the election on a reopening plan.

This political gambit will wager the Government on a pro-business reopening plan, returning the LNP to its traditional aversion to government intervention in the economy. Only time will tell if the slope down from this pandemic is forgiving or forsaken for the hitherto successful Coalition government.

While the Liberal Party has no formal factions, both the state and federal wings of the party are in practice fractured into competing subgroups that differ in their preferred social and economic ideology.

The Prime Minister draws his support in NSW from like-minded, conservative and Christian MPs. His faith has allowed him to amass a pragmatic, centre-right coalition that currently holds power with him as their leader.

Victorian Liberal factions are more nebulous than their NSW counterparts, often centred around charismatic individuals. The Hon Josh Frydenberg is aligned with other centre-right MPs from Victoria, such as Health Minister the Hon Greg Hunt MP and Minister for Education and Youth the Hon Alan Tudge MP. The Treasurer has become the de facto leader of this grouping.

In the federal arena, the Prime Minister and Treasurer serve as senior members of the Centre-Right, nicknamed the Morrison Club.

The Morrison Club has managed to hold sway since the demise of Turnbull in 2018. Other members include the Hon Sturt Robert MP and the he Hon Alex Hawke MP . The Centre-Right combines small-l liberal economic policy with a pragmatic – but still conservative – social agenda.

Factional alignment is the secret to the Treasurer and PM’s ability to work well with each other. Ideological divides between the Hon Malcolm Turnbull MP and the Hon Tony Abbott MP contributed to instability within theGovernment, a mistake his successor has not repeated.

For further reading on Liberal factions at the federal level, see the Sydney Morning Herald’s excellent article on the matter.

The PM and Treasurer have the personal support and proven track record to unite a large cross section of the Parliamentary Liberal Party in a centre-right unity caucus. While loyal, the Hon Josh Frydenberg MP is also ambitious and a current front runner to succeed the PM when he retires or resigns.

Stakeholders should see engagement with the Treasurer as a long-term investment, one that could prove to be the bedrock of an all-government advocacy strategy should the Hon Josh Frydenberg MP find his stay at the Lodge extended indefinitely.

In the meantime, Nexus expects the relationship between the two leaders to remain one of loyalty and trust before, during and after the next Federal election. The natural allies make good political partners, and if the stories are to be believed, good housemates too. 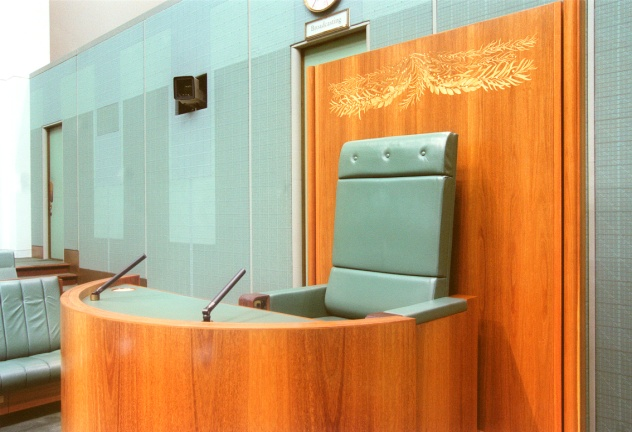