This week’s Newspoll shows Labor holds a shrinking lead over the Coalition 53-47. The first two weeks of the election have proved how tight the contest will be between Prime Minister the Hon Scott Morrison MP and alternative PM the Hon Antony Albanese MP, with both leaders still finding their campaign legs.

From now until election day, the team at Nexus will review the current state of the campaign, the battles in the States and a Nexus Insight to round off the week!

In the wake of the newly signed agreement between China and the Solomon Islands, the Coalition government sounded an alarm over the deal, arguing that it could undermine the stability in the pacific region. Australia’s Pacific Minister, Senator Zed Seselja, was dispatched to Solomon Island’s capital city to smooth over diplomatic tensions. The Solomon Islands reportedly rebuffed the efforts by Australia to stop the deal. On the home front, the contentious decision to dispatch Senator Seselja instead of the Foreign Affairs Minister Senator Marise Payne has received some criticism.

Still overseas, this week also saw a head-to-head debate between French presidential candidates President Emmanuel Macron and Marine Le Pen. France’s presidential election is an interesting context in the European region with the complex state of affairs from the conflict in Ukraine to COVID and the cost of living.

Further developments in Ukraine this week centered around the besieged city of Mariupol, with Ukrainian negotiator and presidential aide Mykhailo Podolyak offering a ‘special round of negotiations’ to unblock the region and evacuate the citizens through diplomacy.

Finishing up the second week of campaigning, with the Prime Minister still travelling the country and the Opposition Leader in Iso, there were some clear highlights from potential PMs.

The first election debate saw the Opposition leader with a slim win over Morrison. The Labor Leader convinced 40% of the 100 undecided voters at the event, whilst the Prime Minister received 35%. Significant topics included a heated discussion of the recent agreement between China and the Solomon Islands. Issues also debated were changes to the National Disability Insurance Scheme, Border Security and a national anti-corruption commission. This debate followed a debate between Minister for Agriculture Hon David Littleproud MP and Shadow Representative Hon Julie Collins MP on agriculture in Australia at the National Press Club. This was the first of many portfolio debates at the National Press Club. If you missed it, watch it here.

This week also saw the Coalition selecting a replacement for Health Minister Greg Hunt. The Government announced South Australian senator the Hon Anne Ruston would take over the health portfolio if the Coalition is successful on 21 May.

The Opposition leader spent this week campaigning in Queensland, visiting the seat of Brisbane, followed by a visit to the seat of Dickson; he finished the week off by travelling back to NSW’s south coast in Gilmore.

Before travelling to QLD for the leader’s debate, the Prime Minister started the week in WA, visiting predominantly regional towns.

Following the decisive victory of Labor in South Australia – particular in electorates, Labor needs to win federally – the State best known for its vineyards may soon deliver both red wine and a red government to the country.

Regardless of who wins the State, the composition of SA’s federal delegation will be markedly different after May.

After two terms, Boothby Member Ms Nicolle Flint MP has announced her retirement from political life, citing the online toll harassment has had on her mental health. Dr Rachel Swift – a medical researcher – has been preselected to represent the LNP. At a close rate, the outcome from Boothby is far from certain.

Before the campaign started, former Senator Nick Xenophon announced his unexpected run for the Federal Senate. This has resulted in South Australia’s Senate Representation being hotly contested in May.

Labor – Even Antony Green doesn’t think there are any Key Seats for the ALP to defend in SA.

After the preselection defeat of CLP candidate and current Senator Sam McMahon, the Party has chosen Ms Jacinta Price to lead the Senate Ticket. She will face Labor incumbent Senator Malarndirri McCarthy.

Coalition – Currently does not hold any seats in the NT; however, that won’t stop the Party from trying to take one or both seats from the ALP.

Labor –Lingiari, Hon Warren Snowdon MP (5.5%) who is retiring and Solomon, Mr Luke Gosling OAM, MP (3.2%) are at minor risk for the ALP but expected to be held.

The announcement of Mr Ken O’Dowd MP retirement has created an interesting situation in the electorate of Flynn. After representing his electorate for 12 years, Mr Ken O’Dowd’s retirement marks the beginning of a race between both major parties to secure Flynn.

The Coalition margins in WA seats look large, but few Liberal seats are safe if the support for Premier Mark McGowan and the Labor Party flows through to the federal election. Following the drastic re-drawing of Pearce, alongside the retirement of Hon Christian Porter MP, there is plenty of room for a contest from the Labor Party and space for campaigning in the coming weeks.

Further undermining the stronghold of the Liberal Party in Western Australia is the retirement of the Hon Steve Irons MP in the electorate of Swan. His retirement, only two weeks after he was nominated to recontest the seat, means the Liberals will have to fight to retain the seat of Swan without the benefit from an incumbent member.

Stepping away from the fun and games of the upcoming Federal Election, the weeks’ Nexus Business Insight is a – Business Book of Note:

The ‘flywheel principle’ notes that teams, organisations, and individuals can multiply their effectiveness by working consistently at each ‘spoke’ to support and increase momentum.

Each spoke is an individual aim or objective. There isn’t one great push; instead, a refined process and persistence are how teams go from good to great. This business concept can also be used for election campaigns.

Tag Nick and Nexus APAC if you pick this one up at your local bookshop this weekend! 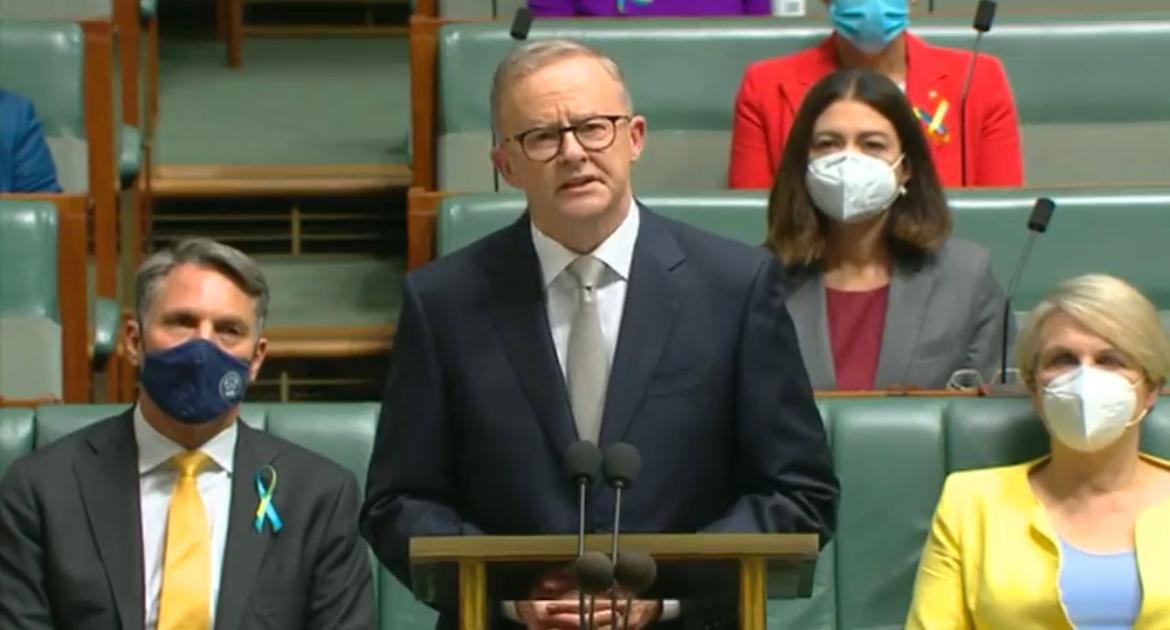