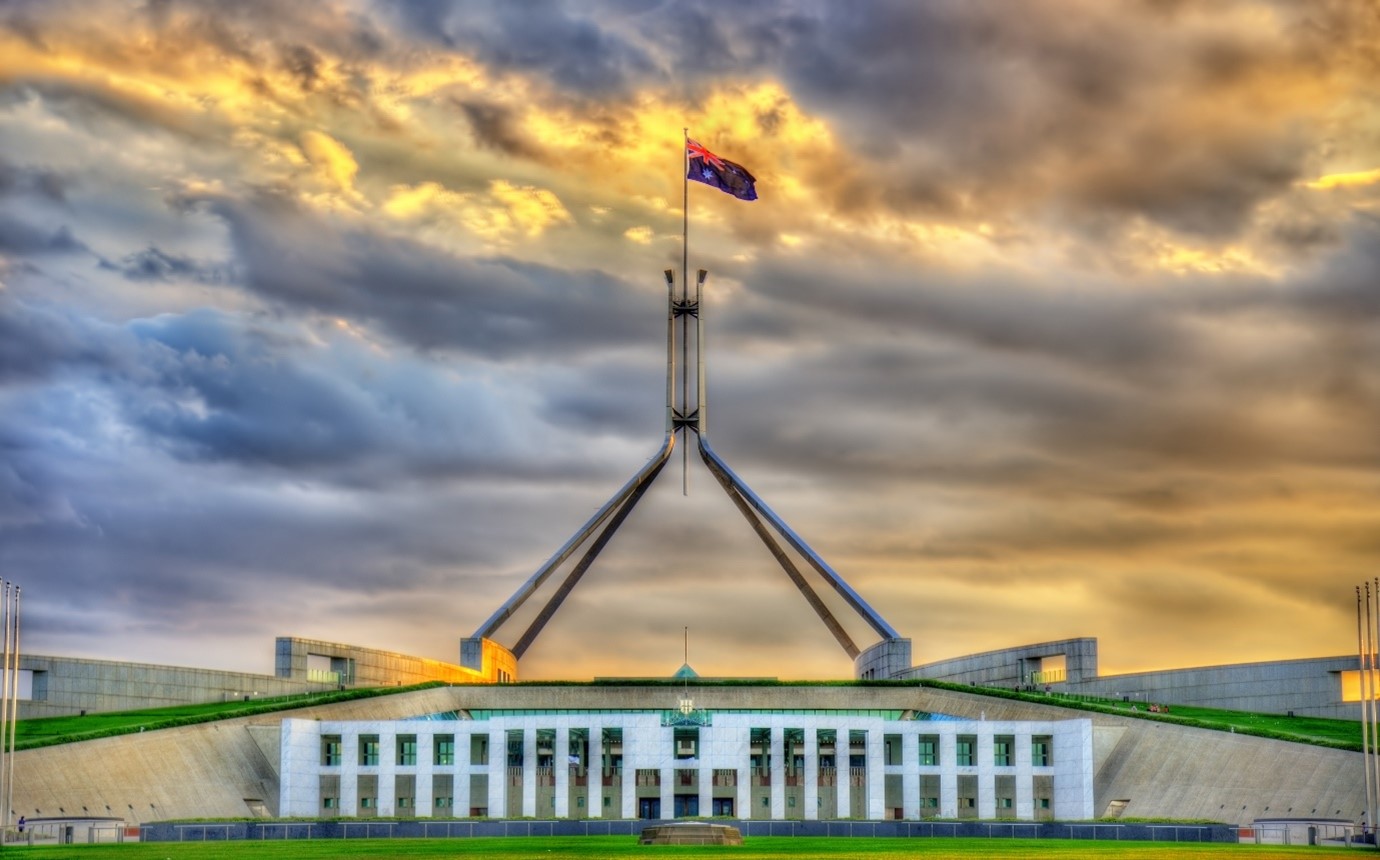 Parliament House is only 33 years old, but there are still so many amazing facts about the building’s design, features and structure that remain unknown to the Australian public.

From the hidden meanings in grand paintings to the vast underground tunnels, those who spend much time at Parliament House may sometimes miss the little details which make the building so unique.

With many people likely to descend on the nation’s capital in the coming weeks for the Federal Budget, Nexus has identified some interesting facts about the centre of politics in Australia, for you and your colleagues to keep in mind while roaming the hallowed halls.

Construction began in November 1981, and the new Parliament House was opened in May 1988. It remains to this day one of the largest buildings in the Southern Hemisphere.

The Great Hall Tapestry in Parliament House is one of the largest tapestries in the world, measuring 20 metres wide by nine metres high.

Artist Arthur Boyd was tasked with painting a bush scene from the Shoalhaven area of NSW.

‘Shawn the Prawn’ is a fossilised piece of coral that is embedded in one of the black tiles in Parliament’s Marble Foyer. He is 345 million years old.

Deep into the bowels of Parliament House is a vast, unfinished area whose floor is the original rock and dirt from the hill that Parliament sits on.

Nicknamed ‘The Cathedral’ for its sheer size and eerily dark and silent atmosphere, the room has a high concrete ceiling supported by columns three storeys tall.

One of the first things visitors notice about Parliament House is that the carpets and furniture in the House of Representatives and the Senate are respectively green and red.

The colour scheme was based on the design of the British Parliament but was modified to mimic the more familiar grey-green and red ochre colours of the Australian landscape.

The 2700+ clocks in Parliament house are also fitted with two lights, one that flashes green and the other red to call members of parliament to either the House of Representatives or the Senate.

The Federal Parliamentary Press Gallery (the Press Gallery) is located on the second level of the Senate side of Parliament House in Canberra. There are over 250 accredited media in the Press Gallery, consisting of primarily journalists and camera operators, editors, photographers, and technicians.

While no one has fallen out of the Press Gallery as of yet, it is possible. Two journalists in the 1920s and 1960s fell out of the press gallery at Old Parliament House.

Located at the centre of parliament House, the Reflective Pool is a water feature made from a single piece of South Australian Black Imperial granite.

The granite slab is 3.5 metres squared by 250 millimetres thick and weighs around 8 tonnes. Running water has been intentionally added to drown out any conversations taking place nearby.

Although not designed as a wishing well, many visitors like to throw coins into the black stone fountain. This money is then fished out and given to charity.

Parliament House has its own art collection, with over 6,500 permanent pieces from all genres of Australian art.

Members of parliament choose which artwork from the collection they would like their hang up in their personal offices.

In an exception to the rule, Gough Whitlam (Prime Minister 1972-1975) felt that Clifton Pugh’s Archibald Prize-winning portrait of him was so outstanding that he insisted Parliament acquire it rather than commission another.

Number of People in Parliament House

Parliament House was designed to be six times the size of the old or ‘provisional’ parliament house and accommodates up to 5,000 people.

On sitting days, there are usually around 4,000 people working in the building.

Speaking of numbers, over 1,800 coffees each day when Parliament is sitting. Parliament House boasts five coffee and food outlets within the building.

Four of the outlets, such as the popular Aussie’s Café, are owned by the Department of Parliamentary Services and available to the politicians, media, staff, consultants and public servants who work in Parliament House.

Only the Queen’s Terrace Café is open to the general public. 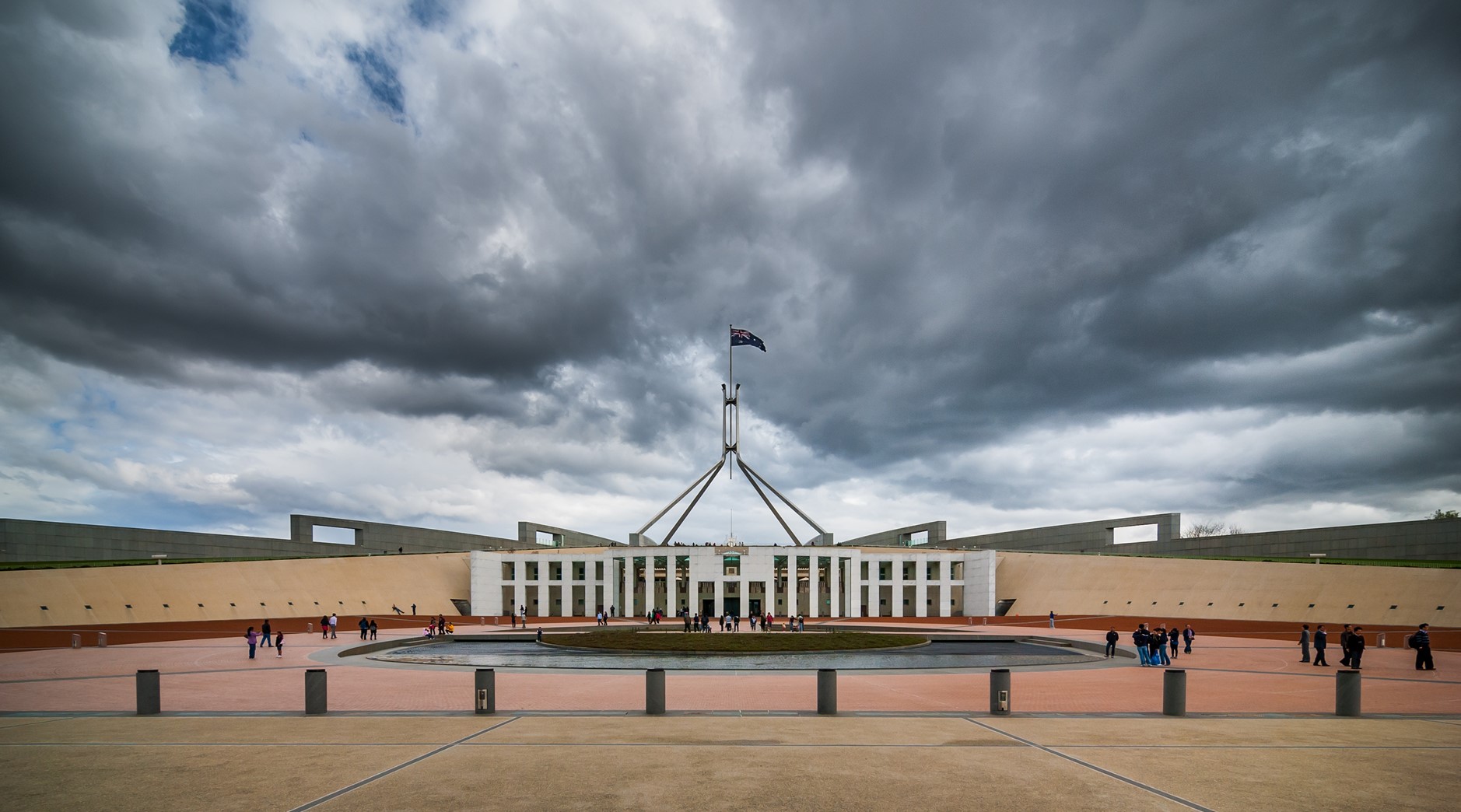