With only 6 weeks left in the year and only 8 days more days of Federal Parliamentary sittings, the rush to wrap up 2020 business is underway for Government and the private sector. Prime Minister Morrison has had a significant diplomatic visit to Japan, as he also ponders a likely Cabinet Reshuffle and the release of updated Budget figures.

Meanwhile, State Treasurers will hand down their COVID-19 Budgets and record-breaking debt and deficits.

Nexus has analysed what all this means for the final weeks of 2020 and present our overview below:

The Morrison Government will likely embark on a Cabinet reshuffle before the end of the year, with the Prime Minister rumoured to be seeking a minimalist cabinet reshuffle following the departure of Former Senator, the Hon Mathias Cormann, perhaps changing cabinet.

There is only one person that makes these decisions, but currently, there is Canberra speculation that the Hon Ben Morton MP will become Special Minister of State and that Home Affairs Minister the Hon Peter Dutton MP could possibly swap with Senator the Hon Linda Reynolds in Defence. There are also rumours that that current Minister for Employment, Skills, Small and Family Business Senator the Hon Michaelia Cash could take on Trade from new Finance Minister and Leader of the Government in the Senate, Senator the Hon Simon Birmingham.

Other expectations include Minister the Hon Dan Tehan MP keeping his education portfolio, and perhaps taking on employment and skills in addition to education. Health Minister the Hon Greg Hunt MP is likely to remain his health portfolio after his excellent performance during COVID-19 pandemic.

While there is likely to be changes to the cabinet, there are also a number of backbenchers knocking on the door of an assistant or even outer ministry position.  Experienced backbenchers and excellent committee performers such as Mr Trent Zimmerman MP, Mr Tim Wilson MP and Mrs Lucy Wicks MP could be outside shouts for a vacant assistant ministry spot, especially should the Prime Minister decide to promote from within the existing ministry to fill out his Cabinet.  No doubt speculation and rumour will continue till the announcement in December.

Handing down his fourth budget on Tuesday, NSW Treasurer, the Hon Dominic Perrottet MP outlined the drastic impact of the pandemic on the states fiscal position, with an expected $6.9bn deficit in 2019-20, likely to rise to $16bn in 2020-21.

During the peak of COVID-19 restrictions, the Treasurer indicated the NSW economy was losing $1.4bn every week, resulting in the worst economic contraction in the history of NSW at 8.6% in the June quarter, and 270,000 jobs vanishing between March and May. NSW net debt is expected to peak at $104bn by June 2024, approximately 14% of GDP.

Meanwhile, hard hit by the Pandemic, the Andrews Government is expected to hand down a significant budget deficit of its own next week. Preview of the Victorian Budget include spending on one of the world’s biggest batteries, significant investment in free kindergarten programs and $870 million to be spent on mental health. 950,000 Victorian households will also receive a one-off $250 payment to help cover the cost of power bills.

Victorian Environment Minister, the Hon Lily D’Ambrosio MP announced a $797 million in the 2020/21 Victorian budget will go towards delivering the “biggest household energy efficiency package in any state’s history”. The Victorian Government will also spend $5.3 billion to build more than 12,000 public housing homes over the next four years.

Prime Minister, the Hon Scott Morrison MP will head to Tokyo this week for his first overseas trip since the beginning of the COVID-19 Pandemic. The visit is set to highlight the importance of the Australia-Japan relationship. Morrison’s visit builds on last month’s meeting with Foreign Minister Marise Payne and Defence Minister Linda Reynolds both visited Tokyo within weeks of one another for meetings with their Japanese counterparts.

Analyst state that the unpredictability of China’s role and rise is bringing Canberra and Tokyo together, with the nations planning to strengthen business and defence ties. It is still unclear whether a long-negotiated key military cooperation agreement will be signed on this trip.

In recent times, the defence relationship between Japan and Australia has grown significantly, with bilateral air combat exercises conducted above Japan’s northern island as well as naval exercises with the US in the South China Sea.

Japanese Prime Minister, His Excellency Yoshihide Suga, underlined the importance of Australian-Japanese relations when he picked Morrison for his first call as the country’s new leader, ahead of US President Donald Trump, the leader of Japan’s closest ally.

As the 2020 Parliamentary Session comes to a close, Opposition Leader the Hon Anthony Albanese MP and Labor are currently attempting to resolve significant tensions within the party room, with the party consistently trailing the Government over the course of 2020.

The resignation of former Labor Shadow Minister for Agriculture and Resources the Hon Joel Fitzgibbon MP, due to differences with current Labor climate change policy has highlighted brewing discontent and division in the party.

South Australian Labor Senator Alex Gallacher has also recently joined Fitzgibbon in criticism of Labor’s climate policy, saying it was clear Labor’s policies had been unpopular and that “the man selling them needed to go”. Nexus will continue to track developments on ongoing Labor tensions and shadow cabinet changes.

A race which has gone very under the radar, the Groom by-election is scheduled to occur on Saturday 28 November 2020. The by-election was called due to the resignation of former Member, the Hon Dr John McVeigh, citing his wife’s ill health. The former member retained the seat for the LNP at the 2019 Federal Election, holding a nearly 21% margin against the Labor Party.

In what is expected to be an open-and-shut election, it is highly unlikely that the Liberal National Party, represented by former mining engineer and Toowoomba businessman, Mr Garth Hamilton, will lose this seat.

Although it will take some time for the result to be confirmed, expect Mr Hamilton to be formally sworn in as the new Member for Groom before the Parliament rises on Thursday, 10 December 2020. 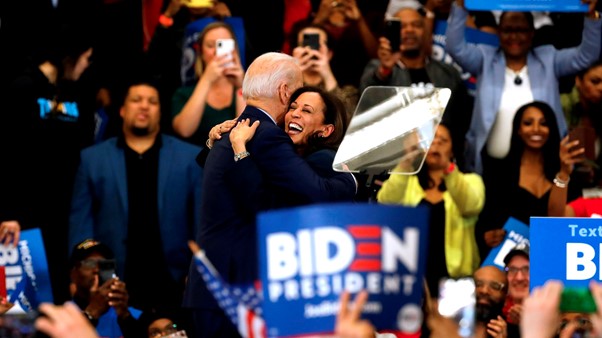