With Budget Sell Week coming to an end Morrison Team will be making their way back to Canberra for a House-Sitting week and Budget Estimates for the 2020-21 Budget, which will pre-occupy the Senate as well as many departmental officials and Government Ministers.

Estimates can be a critical time for new Government expenditure, and in consideration of the potential for a 2021 Election, could provide a preview of the policy agenda of the Government and Opposition heading into an election.

Budget Estimates are a key function of the Parliament which builds upon the Senate’s ‘House of Review’ status and allows the Senate Legislation Committees to scrutinise the expenditure outlined in appropriation bills (bills that dictate how public funds are allocated). This allows the Parliament to hold the Government and bureaucracy to account. While Budget Estimates are typically held in May or June, due to the delay in the Budget caused by the COVID-19 Pandemic, 2020-21 Budget Estimates will be held from October 19th until October 30th.

When appearing in front of a Senate Estimates session, the relevant minister will be accompanied by senior public servants from the corresponding department and will answer questions from the Committee members on a range of topics relating to the Department’s or contracted organisation’s operations and expenditure.

Opposition and Crossbench senators have also switched up their approach to Senate Estimates with the process now being used as a ‘litmus test’ of sorts for potential policy initiatives. This evolution has resulted in a change in the nature of Senate Estimates, with sessions in recent times known for being feisty and fiery. Furthermore, the departure of Minister for Finance and Leader of the Government in the Senate, Senator the Hon Mathias Cormann, will have a significant impact on the tactics and questions employed by both the Government and Opposition during this year’s estimates hearings.

With a changing of the guard occurring in the Coalition’s economic team, Senator Birmingham will lead the government through his first MYEFO. As this is the first time he will hold a finance related role Nexus will be keeping an eye on the team that he restrains within this portfolio.

Considering the late nature of the 2020-21 Budget, and the next Federal Budget to be handed down a little over 6 months away, Business should be aware of the need to begin preparations to provide a budget submission.

If your business is looking to make a submission, it is important to consider several key concerns to ensure that your submission stands out from the rest. One of the things that we stress to our clients, especially when engaging in the Budget submission process is the need to understand the political context that surrounds the Government of the day and how this may affect their decision making when it comes to what does and does not make the Budget.

At Nexus Public Affairs, we have guided many of our clients through what can be the daunting process of formulating an effective and appealing Pre-Budget submission. We understand both the complexities of the political landscape and key stakeholders to assist your Budget submission not only aligns with your business’ objectives but is also aligned with the priorities of the Government of the day. 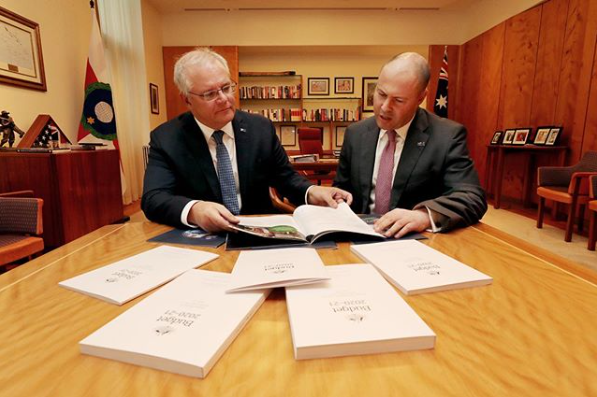