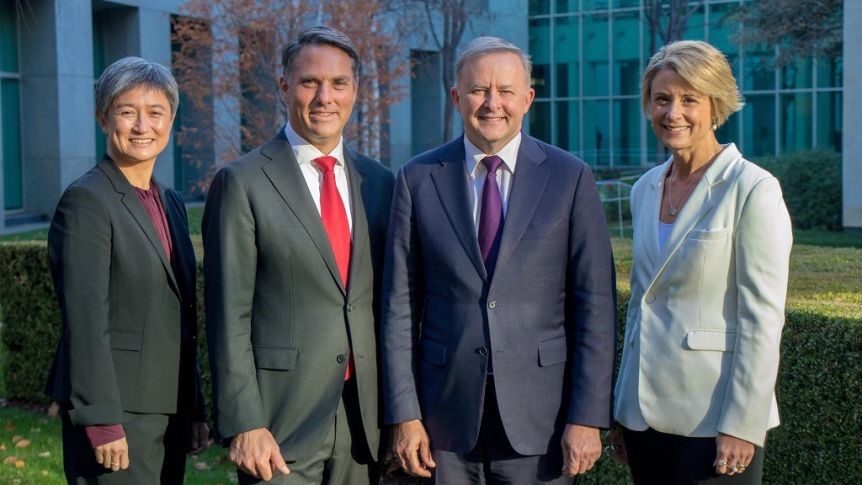 ALBANESE’S LABOR PARTY SIX VISION STATEMENTS IN: DO WE KNOW WHAT THEY STAND FOR?

On the Ten-year anniversary of the leadership spill that saw the Hon Julia Gillard MP take the Labor Leadership from former Prime Minister, the Hon Kevin Rudd MP, the Leader of the Opposition added to his five previous vision statements at the National Press Club.

During his speech, Mr Albanese outlined Labor’s plan for a science-based policy agenda, aligning with his previous statement on the Future of Work.

With the vision of the party becoming ever clearer now is an excellent time to evaluate the Labor Party under The Hon Anthony Albanese MP’s leadership and analyse the policy platform Labor will likely take to the 2022 Federal Election.

At this stage, the Labor Party is expected to release its formal policy platform at their National Conference later this year in Canberra.

However, six months out from National Conference, punters may already have an idea of the key policy areas and constituent demographics being targeted by the Labor Party thanks to Mr Albanese’s vision statements.

With this in mind, here are our thoughts on what the Labor Party is looking like under Mr Albanese’s leadership.

Although Mr Albanese’s title is the Leader of the Opposition, his approach outlined throughout his vision speeches reflects back to a statement he made in the first few months of his leadership.

‘I want to be the Labor Leader not the Opposition Leader’, Mr Albanese said, and this has permeated through to his vision statements, where he has advocated for a collaborative approach with the Morrison Government.

Mr Albanese has said Labor will not necessarily oppose policy and has attempted to engage with the Government on areas of contentious policy to reach bipartisan positions.

It remains to be seen if Labor will continue this collaboration first approach into the 2022 Election, but it is clear that Albanese’s Labor aims to counteract the public’s political fatigue and present a fresh and positive alternative to the Morrison Government.

With Mr Albanese delivering four of his five vision statements prior to the COVID-19 pandemic, priorities must have changed internally over the past few months.

Building upon previous his previous vision statements on the Economy and the Future of Work in Australia, Mr Albanese’s priorities appear to align somewhat with the Prime Minister, particularly on the need to focus on TAFE and vocational education.

However, following COVID-19, focus has starkly shifted from a more ideological stance on policy areas such as older Australians and instead Labor has focussed on COVID-19 recovery, first from an economic point of view, and then from a broader science-based policy point of view.

Standing the test of time is Mr Albanese’s first vision statement, outlining the Labor vision for the future of work in Australia.

With a focus on innovation in the energy and manufacturing sectors industries and the need to ensure that Australians are properly skilled, job creation clearly appears to be a key focus for the Labor Party heading towards their National Conference at the end of 2020.

MAJOR PORTFOLIOS YET TO BE FOCUSSED ON

With Mr Albanese due to deliver one more ‘Vision Statement’ between now and the end of 2020, key policy areas such as health, education, social services and defence are yet to be formally covered by the Leader of the Opposition.

With these key policy areas typically being strong points for the Labor Party, it may have been a conscious decision to outline key statements to certain demographics that Labor did not manage to convince at the 2019 Federal Election.

Working class Australians and seniors are among the demographics who have received focussed ‘vision statements’ with the vote from both groups shifting away from Labor in 2019.

While Labor’s National Platform will undoubtedly contain policies related to health, education, social services and defence, the focus on these key constituent groups may indicate a shift in the Labor Party’s focus heading into second half of the electoral cycle.