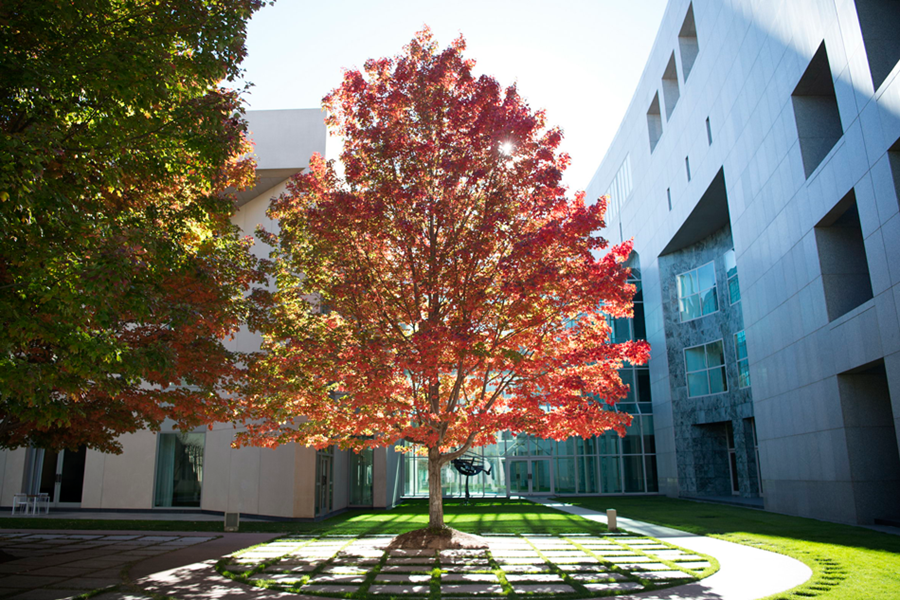 This time last year, the Treasurer promised Australians four years of surpluses.  Instead, the Budget will remain in the red for at least two more years.

We already knew that a combination of a sustained high Australian dollar and falling commodity prices had led to weaker profits and lower than forecast government revenues.  The Treasurer has finally revealed how savage the hit to receipts is – $18 billion in the coming year and $60 billion over the forward estimates is forecasted.

Labor has pitched it pathway back to surplus as a choice of priorities, through what it calls responsible savings.

With voters going to the polls in exactly four months, there are few pre-election sweeteners.  More on this later. Instead Labor has framed its re-election around a ‘stronger, smarter and fairer Australia’ supported by two big ticket items – a $14.3 billion investment to deliver the national disability insurance scheme (NDIS) and $9.8 billion in new school funding as part of the government’s response to the Gonski review.  Both are hoped to appeal to the traditional Labor base, which has all but deserted the Government.

Underpinning these funding commitments over the next decade, Labor has sought savings of $43 billion over the forward estimates, including:

In a pitch to marginal voters in outer metropolitan areas, investments totalling $24 billion have been announced for both urban road and rail infrastructure.

In a bid to ease traffic congestion in Sydney, funding for the M4 extension and M5 duplication, as well as the missing link between the F3-M2 has been announced.  Similar projects in other capitals will also be funded, along with regional projects such as the ongoing Pacific Highway works.  To deliver the projects, the Government says it will partner with the private sector and the State Governments, though the announcements may be leveraged in order to drive wedges between the federal Coalition and the Liberal Governments in Queensland, Victoria and in the west.

With economic management likely to remain a key vote driver at the September poll, the challenge for the Government will be convincing a sceptical electorate to back its approach.

Given repeated assurances by the Government last year that successive, strengthening surpluses would underpin jobs and growth, its rhetoric that its ‘responsible savings’ will now support those same goals only serves to erode its credibility further.

For more information about carbon pricing and industry assistance measures, including changes to the Clean Energy Future package, see Industry, Innovation, Science and Research below.

As a result of falls in the forecast carbon price the Government has axed or reduced compensation and a number of programs across Government designed to mitigate its impact on individuals and business.

Housing is conspicuous in its absence from the Budget. There has been no commitment to an extension of the National Rental Affordability Scheme and no response from the Treasurer to advice from Treasury about initiatives which the government could undertake to increase supply of land and housing.

Forecasts for the carbon price when the scheme is linked to Europe’s Emissions Trading Scheme (ETS) on 1 July 2015 were reduced to $12.10, reducing carbon price revenue by around $6 billion over the forward estimates. As a result, the cost to the Budget of industry assistance arrangements, such as free permits which automatically adjust with the value of the carbon price, is expected to be $3.9 billion lower over the same period.

$24 billion in infrastructure projects for rail and road, including:

The Government has brought forward $1.136 billion in Financial Assistance Grants to this financial year (2012-13) for immediate use.  This will allow the 2013-14 Budget deficit to appear smaller and will release funds for popular community projects in an election year.

As a result of the drop in the forecasts of the carbon price, the Government is axing the Clean Energy Future — Regional Structural Adjustment Assistance package, saving $135 million over the forward estimates.

Additional tax cuts will be deferred until the carbon price is estimated in the budget to be above $25.40 per tonne, which is currently projected for 2018?19. This will save $1.5 billion over the forward estimates.

The Government will save $1.1 billion over the forward estimates by removing the right of large mining interests to claim an upfront deduction for the cost of exploration of smaller mines they take over, instead depreciating them over 15 years.